After Suicide Loss: Coping With Your Grief- 2nd Edition
Jack Jordan and Bob Baugher – 2016
This handbook is organized chronologically to follow the days, weeks, and months after a suicide loss. It includes information about psychiatric disorders, when to seek professional help, and practical strategies for coping and healing.

November of the Soul: The Enigma of Suicide
George Howe Colt – 2006
Drawing on hundreds of in-depth interviews and a fascinating survey of current knowledge, Colt provides moving case studies to offer insight into all aspects of suicide — its cultural history, the latest biological and psychological research, the possibilities of prevention, the complexities of the right-to-die movement, and the effects on suicide’s survivors.

Touched by Suicide: Hope and Healing After Loss
Carla Fine and Michael Myers – 2006
In this guide book, the authors combine their perspectives as a physician and a survivor to offer compassionate and practical advice to anyone affected by suicide.

Bruised and Wounded: Struggling to Understand Suicide
Ronald Rolheiser – 2017
With chapters on “Removing the Taboo,” “Despair as Weakness Rather than Sin,” and “The Pain of the Ones Left Behind,” Rolheiser offers hope and a new way of understanding death by suicide.

Myths About Suicide
Thomas Joiner – 2011
Around the world, more than a million people die by suicide each year. Yet many of us know very little about a tragedy that may strike our own loved ones — and much of what we think we know is wrong.

Why People Die by Suicide
Thomas Joiner – 2005
In the wake of a suicide, the most troubling questions are the most difficult to answer: How could we have known? What could we have done? And always: Why? Written by a clinical psychologist who has been touched by suicide, this book offers an account of why some people choose to die.

A Winding Road: A Handbook for Those Supporting the Suicide Bereaved
Michelle Linn-Gust and John Peters – 2010
This book discusses issues including why suicide happens, helping children cope, how culture and religion take a role in how suicide, and suicide and grief are viewed. Mostly, the book offers hope that the people who are supporting the bereaved can help understand the winding road so the bereaved don’t have to travel it alone.

My Son…My Son: A Guide to Healing After Death, Loss or Suicide
Iris Bolton – 1983
The author describes the journey she made from the devastation of losing her son, Mitch, by suicide to the step-by-step healing that took place in her life. The book is hopeful and helpful to those who have suffered any loss from death, divorce, or separation. It gives promise of recovery and healing and learning to live with the terrible event.

Sanity and Grace: A Journey of Suicide, Survival, and Strength
Judy Collins – 2003
Popular singer and writer Collins centers this “monograph of tears” on her 33-year-old son’s suicide in 1992. Collins explores the roots of suicidal tendencies in her family, from her own attempt at age 14 to her father-in-law’s suicide, which occurred when her husband was 10.

No Time to Say Goodbye: Surviving The Suicide Of A Loved One
Carla Fine – 2001
Carla Fine brings suicide survival from the darkness into light, speaking frankly about the overwhelming feelings of confusion, guilt, shame, and anger that are common of survivors. She draws on her own experience and conversations with survivors, as well as counselors and mental health professionals.

Voices of Healing and Hope: Conversations on Grief after Suicide
Iris Bolton – 2017
According to an informal survey of family members impacted by suicide, eight issues were identified to be among the most difficult: Why, Guilt, Shame, Anger, Pain, Fear, Depression, and Faith. Chapters in the book and on the DVD deal with these areas and many others.

Seeking Hope: Stories of the Suicide Bereaved
Michelle Linn-Gust and Julie Cerel – 2011
Featuring the stories of 14 people in their own words of the losses that have forever changed their lives, the book explores the endurance of traveling through grief. Proceeds from the book benefit a fund for suicide bereavement research.

Those They Left Behind: Interviews, Stories, Essays and Poems by Survivors of Suicide
Karen Mueller Bryson – 2006
In this collection of interviews with survivors, individuals talk candidly and intimately about how their lives have been impacted by the suicide of a family member or close friend.

Supporting Children After a Suicide Loss: A Guide for Parents and Caregivers
Sarah S. Montgomery and Susan M. Coale – 2015
This guide offers practical suggestions on how to talk with children of all ages about suicide loss, and guidance for supporting grieving children in a school setting.

Someone I Love Died by Suicide: A Story for Child Survivors and Those Who Care for Them
Doreen Cammarata – 2001
This book is designed for adult caregivers to read to surviving youngsters following a suicidal death. The story allows individuals an opportunity to recognize normal grieving symptoms and to identify various interventions to promote healthy ways of coping with the death of a special person. Although the language used in the book is simplistic enough to be read along with children and ultimately stimulating family discussion, it can be beneficial to all who have been tragically devastated by suicide.

After a Parent’s Suicide: Helping Children Heal
Margo Requarth – 2006
The premature death of a parent can be devastating for young children- with the consequences far more profound when the parent dies by suicide. In this instructive and impassioned work, longtime children’s bereavement counselor and psychotherapist Margo Requarth, M.A., M.F.T., charts the complex emotional waters every family must navigate in the wake of a previously unimaginable suicide death.

After
Francis Chalifour – 2005 (Teen/Young Adult Fiction)
Fifteen-year-old Francis’s father has died by suicide and nothing will be the same again. After is the map of a year following the suicide of a family member. In the course of months, with the love of his mother, with counseling, and with the balm of time, Francis takes his first steps toward coming to terms with his father’s – and his family’s – tragedy.

After a Suicide: An Activity Book for Grieving Kids
The Dougy Center – 2001
In this interactive workbook, children who have been exposed to a suicide can learn from other grieving kids. The book includes drawing activities, puzzles, stories, advice from other kids and suggestions for how to navigate the grief process after a suicide.

Brain Pain
Larry Shapiro – 2020
This book is a healing tool that gives insight to children who have lost a family member or loved one to suicide. The book helps navigate through the difficult terrain of the experience, using metaphors to allow children to gain a deeper understanding.

Getting Back to Life When Grief Won’t Heal
Phyllis Kosminsky – 2007
Moving beyond grief is often difficult. You may be experiencing complicated mourning, the feeling of being stuck in your sorrow, frustration, and regrets. You may find a path through your grief when you read the intimate stories of people who managed to do the same. Find real inspiration, invaluable insight and deeply felt advice.

Time Unfinished: Loss, Grief and Healing
Sandie Rotberg – 2008
Time Unfinished captures the exhausting, feelings and thoughts it takes to recover from loss. Time tends to be the paramount healer. This book is an inspirational journey of how one learns to begin again. 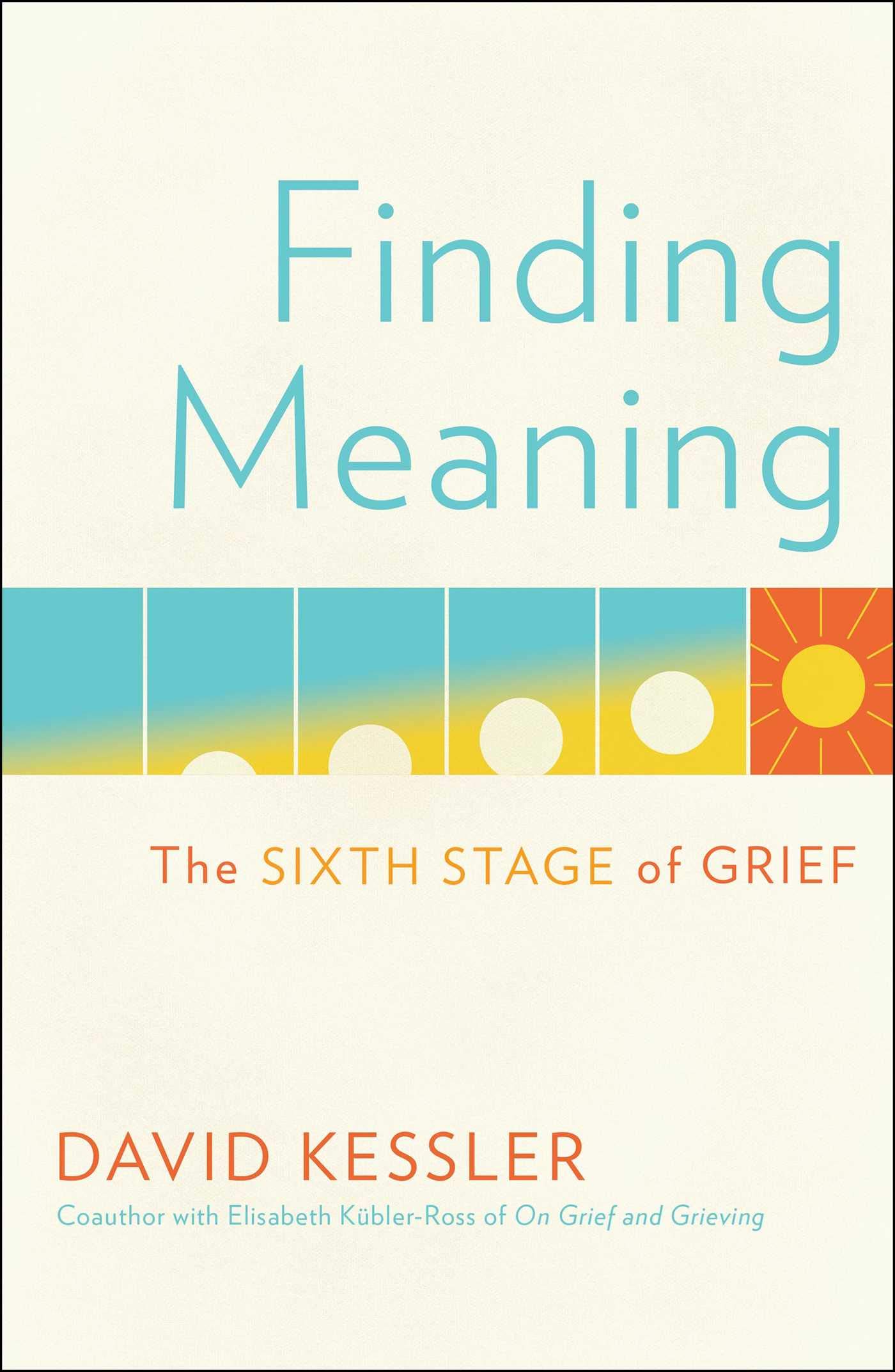 So, You Want to Talk About Mental Health?